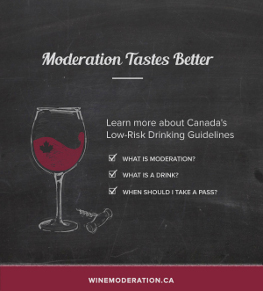 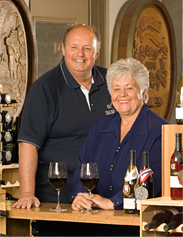 The Heiss family moved to the Okanagan Valley from Europe via Edmonton, Alberta with dreams of owning a successful vineyard. In 1972, George & Trudy Heiss were at the front of the line presenting their request to be allowed to make (and sell) wine from their own grapes. That began the Estate Winery program - which many believe was the turning point for British Columbia Wines.

MEANING of OUR NAME

Our name comes from one of the first grape varieties we produced - Pinot Gris.
In Austria and Hungary, this grape is called ‘Grauar Mönch’ hence the translation to ‘Gray Monk’.
The grape has a very distinctive blue-gray colored berry.

In the early 1980's, the BC provincial government defined three types of wineries that were regulated under these separate categories:

Farm Winery - could only use their own grapes; required ten acres of land and had a production limit of 5,000 gallons annually.

Estate Winery - first known as “cottage wineries”, but soon changed, required 20 acres of land; could contract up to fifty per cent of what they owned; had a production limit of 30,000 gallons annually.

Commercial Winery - basically had no restrictions.

When Gray Monk was first started, they began as an Estate Winery as defined by the regulations at that time.

Today, the rules have changed - there now is a simplified distinction between a land-based (farm) winery and a commercial winery, eliminating the need for an "estate" winery license. However, Gray Monk chose to keep the name of Estate Winery because of its importance in their history and the family's participation in the winery's operation.